“Rough rides” are commonplace. It happened to me. More than once. 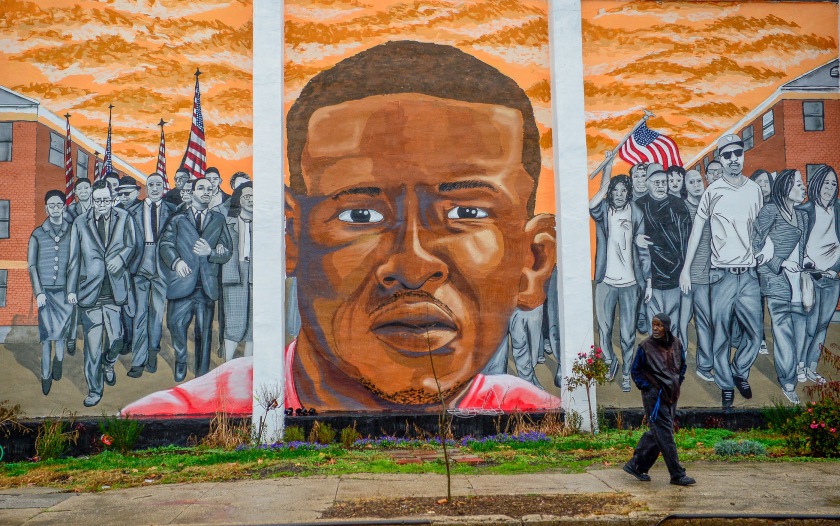 So it appears that the Department of Justice is not going to file charges against the six officers involved in the death of Baltimore resident Freddie Gray. I’ve been looking back on the details of this case today and it still makes me angry. Yet no one else familiar with American policing tactics is surprised by this.

The moment I first heard this story break I was 100% certain what had happened. I still am. Because it happens all the time and it happened to me more than once.

To refresh your memory:

Two police officers on bikes began to pursue a young black man in a poor neighborhood when they “made eye contact with him” and the man promptly fled on foot. From personal experience, police officers are very serious about making eye contact with random people and immediately responding to any “furtive movements or body language.” I can personally attest to a glance that ended in my being arrested.

He was apprehended, recorded being placed into the wagon, and at some point in his transport he sustained a neck injury that led to his death several days later.

Why Freddie Gray ran upon seeing the cops is a bit of a mystery. He had a knife on his belt, but the last time I checked that wasn’t a crime, even in a bad neighborhood. Although the police report says it was an illegal “switchblade,” it turned out to be a “spring assisted” blade which is perfectly legal there according to the Baltimore City DA. I’m going to speculate that Mr. Gray had a history of being stopped and frisked or just plain hassled by cops in his area. He grew up dreading them. I’m willing to put money on it that he wasn’t entirely sure if his blade was legal or not. Even if he did know it was legal, he understood that if the cops noticed it, legality wouldn’t matter for him.

Ironically, he might have been afraid of being shot and killed. So Freddie freaked out and took off, and the consequences were all out of proportion anyway.

Above is a map of all the confirmed stops the police van made before he was taken to the station. Notice they took the time to do some errands and made a lot of sharp turns along the way.

Freddie was somehow injured and/or just too upset by being chased down by cops that he couldn’t get up into the van without assistance. In that video I see a terrified young man, hurting and having an emotional meltdown. I also see inconvenienced cops. Some officers assume that any difficulty you might have following their orders is intentional so as to make their night worse. Every “perp” is a diabolical liar who acts pitiful to manipulate the circumstances. I’m not saying this is never true, but it’s far less common than is generally assumed by police and corrections officers.

The van pulled over in order to shackle him because Gray had become “irate” in the back of the vehicle. So he was either having a physical/emotional crisis or giving the cops lip. There was no way he could hurt them in that position though. After that, they picked up another arrestee and went to the grocery store for some reason.

Likely in that long, strange trip, the cops took the turns not-so-gentle and did so in a frustrated frame of mind. Freddie Gray had the same kind of neck injury that occurs if you dive headfirst into a dry pool. The amount of force necessary to do that degree of damage suggests that the police were intentionally trying to knock him around. Only six days earlier the BPD had issued new rules about safely securing prisoners in transport. It is more dangerous for them to lean in and secure an upset arrestee, and better solutions need to be explored, but they don’t have to drive like maniacs.

I am no stranger to being unable to keep your feet under you while being transported in shackles. I’m not sure exactly how Freddie was bound, but the backs of those vans are slippery steel boxes with a narrow shelf bolted to the inside as the only “seat.” In order to prevent getting slammed around, one has to “surf” the curves and turns they make. This means you have to be able to place your feet wide apart and grab onto the walls with your hands. This is impossible with hands and feet bound close together.

Several times riding in the back of the “train” as we call it in my town, the level of safety has devolved into a dark cavalcade of slapstick comedy. Everybody has to physically brace themselves by grabbing onto other inmates who may or may not go down with you anyway. Sometimes one person will have to yank someone by the back of their shirt or pants to keep them from smacking their heads on the wall or floor – or ceiling. Keep in mind that frequently the prisoners are ill, injured, or disabled in some way, in addition to being bound hand and foot.

Other times, instead of not enough passengers, they cram way too many of us in those things. The last ride I took, we were packed in so tight, hip to hip, that each woman in turn had to lean way forward or way back because our arms and elbows were too wide to fit. I was leaning forward as I recall, and there’s a particular sudden swell in the freeway on the way to court from the jail. The van accelerated and bumped up on one side which cracked the back of my head against the inside wall so hard I was nauseated and the other women cried out in angry alarm.

“Hey! You throwin’ us around back here!” yelled the goddess-sized black lady who’s side I was stuffed into. We all saw the two COs up there look at one another and burst into laughter. Then they just turned up the radio and chatted in a self-satisfied manner while a few of the girls quietly cursed and asked me if I was OK.

Blessedly, I was OK, but Freddie Gray had no one and nothing to brace himself against the casual cruelty tolerated by American policing and corrections.

This is a text widget. The Text Widget allows you to add text or HTML to your sidebar. You can use a text widget to display text, links, images, HTML, or a combination of these. Edit them in the Widget section of the Customizer.
Loading Comments...
Comment
×
%d bloggers like this: